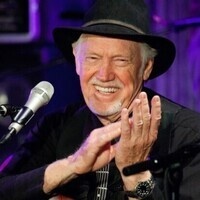 An Evening with Ronny Cox

Ronny Cox is a superbly talented singer-songwriter, musician and actor who has starred in over 150 movies during his Hollywood career. A look of familiarity has helped make Cox one of Hollywood’s most versatile character actors in films such as Deliverance, RoboCop, Beverly Hills Cop, Total Recall, Taps, Bound For Glory and  The Onion Field. From the timeless “Dueling Banjos” scene from the classic move Deliverance to his most recent work on the Showtime hit show Dexter, Ronny has entertained the world for over 40 years. He brings his extraordinary view of life into a magnetic, likable, onstage persona.

Ronny’s music is eclectic, a woven tapestry of songs and stories with an over-all arc that eventually comes together and tells something about “the human condition”. Scores of fans and promoters will attest that attending one of his performances is one of the greatest evenings to experience. With the gift of a consummate storyteller, he shares funny, sad and tender moments. His loyal band of listeners are blessed, if only for a while, to spend time with a truly remarkable man. Enhancing these great stories is the music provided by Ronny and his band of world-class, virtuoso musicians. http://www.ronnycox.com/

In 2012, Ronny became an author with the release of his book Dueling Banjos: The Deliverance of Drew.