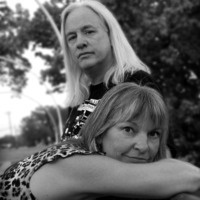 Jim Patton & Sherry Brokus are an Austin folk-rock duo with deep Baltimore roots whose songs are often sprinkled with reference to the Baltimore area. Patton & Brokus are touring in support of their new CD on Houston’s Berkalin Records, “Collection: 2008-2018,” an 18 song CD drawn from their four previous acoustic albums.