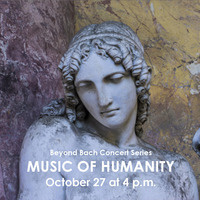 Mozart’s 19th-century biographer Otto Jahn declared Mozart’s Symphony No. 40 in G minor or the “Great G minor symphony” as “a work of pain and grieving.” This haunting composition is only one of two symphonies that Mozart wrote in minor keys often eliciting stronger and darker emotions. This reflects both his interest in the popular “Sturm und Drang” movement and the personal turmoil of Mozart’s life. He composed Symphony No. 40 during a dark time—he was facing mounting debts and dealing with the death of his infant daughter. The “Great G minor symphony” echoes his personal struggle, and it has become one of his most famous works. Likewise, Beethoven’s Second Symphony was composed during a dark time for the artist. Battling severe depression and thoughts of suicide as his hearing deteriorated, Beethoven wrote an overwhelmingly energetic, humorous, and playful piece. The fourth movement with sounds of hiccups, groans, flatulence, and belches is profoundly funny. When it premiered in 1803, some in the audience found the music bizarre, but it has stood the test of time as a work of great depth and humanity. After all, laughter can be a healing balm during life’s most difficult times. Played together, Mozart’s Mozart’s Symphony No. 40 and Beethoven’s Symphony No 2, will contemplate the pathos and buffoonery of the human condition.