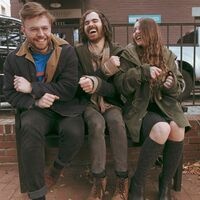 Conor & The Wild Hunt is a Folk Pop/Americana trio from Maryland who feature brilliant song writing, a huge instrumental sound and soaring harmonies. Conor, who plays guitar and keys has been on American Idol twice and Lena Traynham who plays guitar and bass was the advertising face of American Idol, making Hollywood two years in a row. Chris Elvidge plays drums and sings like an angel too. This is an original music band that thrills audiences with a powerful show, driving stage presence and precise performances. They released a 14 song full length album this year.