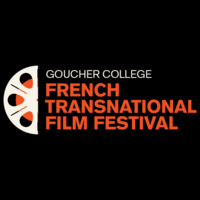 Goucher's French Transnational Film Festival continues with Shoah: Four Sisters, one of several films Claude Lanzmann completed late in his life, compiled of interviews that did not make it into his monumental work documenting the testimony of Holocaust survivors. Excerpts will be screened from this 273-minute documentary devoted to voicing the stories of four women from four different areas of Eastern Europe with four different destinies, each finding herself improbably alive after war’s end.

This special event features introductory remarks and a discussion to follow with Dr. Jennifer Cazenave, assistant professor of French and film at Boston University. Her first book, An Archive of the Catastrophe: The Unused Footage of Claude Lanzmann’s “Shoah,” undertakes a comprehensive examination of the 220 hours of outtakes Lanzmann excluded from his 1985 Holocaust opus.

This festival is free and open to the public. Go to https://events.goucher.edu/ for the full film schedule. For more information, email Maria San Filippo at maria.sanfilippo@goucher.edu.

Kelley Lecture Hall is adjacent to the Hoffberger Science Building at Goucher College.