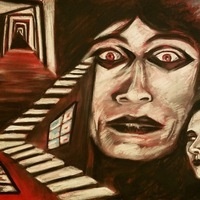 Halloween: The Cabinet of Dr. Caligari