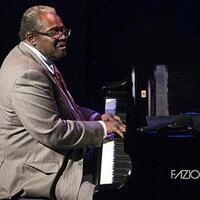 Larry Willis has performed with a wide range of musicians, including a stint of seven years as keyboardist for Blood, Sweat & Tears (beginning in 1972). He spent several years as pianist for Nat Adderley, as well as Roy Hargrove. He received the Don Redman award in 2011, and the Benny Golson Jazz Master Award at Howard University in 2012. Willis has appeared on 300-plus albums, having played or recorded with almost every great jazz musician of the modern era, stars like Dizzy Gillespie, Lee Morgan, Woody Shaw, Hugh Masakela, Cannonball and Nat Adderley, Stan Getz, Art Blakey, Art Taylor, Clifford Jordan, Carmen McRae, and Shirley Horn.