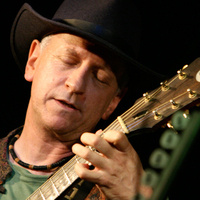 Marc Black in Concert at the One World Coffeehouse

Marc plays a finger style blues in the traditions of Mississippi Hurt and the great Tim Hardin.  A proud road warrior, he was inducted into the New York Chapter of the Blues Hall of Fame in June of 2014.  As WFUV DJ, John Platt wrote about Marc’s song, Sing for the Silenced, “this is a song we need to hear even more than ever now.”

Marc has performed and recorded with Art Garfunkel, Taj Mahal, Richie Havens, Rick Danko and Pete Seeger to name a few.  He was recently named Folk Artist of the Year on ABC Radio,  and a winner at the Kerrville Folk Festival.  Marc’s song, No Fracking Way, recorded with John Sebastian, has become a worldwide anthem for the movement.  His Pictures of the Highway CD has reached #6 on the Folk DJ Chart, and his youtube videos have been viewed more than 100,000 times!  He has been very involved in several campaigns for social and environmental justice, including his multimedia campaign, Sing for the Silenced and his current call for political engagementment, We Will Sing and Beat the Drum.

In the words of folk legend, Happy Traum, “Marc is a master at spreading the joy of music.”

The One World Coffeehouse

Bring your picnic basket, including adult beverages if you like. We will sell homebaked goods and other snacks and soft drinks. Coffee is always free! Come early to get a good seat. Doors open at 6:30.

After paying our artists a competitive rate, all proceeds benefit those in need through the Minister's Fund of the Unitarian Universalist Congregation of Columbia (UUCC).

The One World Coffeehouse started in 1999 with the goal to build a sense of community by presenting an array of artistic and musical talent in a comfortable, family-friendly setting. Evening performances happen most 3rd Saturdays in a grand listening room with candle-lit tables. Please support the Coffeehouse and this good cause by spreading the word and attending!

Conveniently located close to Routes 29, 32 and Interstate 95 in the Owen Brown Village Shopping Center on Cradlerock Way in Columbia Maryland. Head to the top floor on the side of the building closest to Giant and look for folks selling tickets at the top of the stairs outside Sanctuary C.