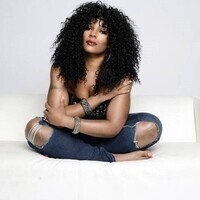 The iconic Etta James once said about authentic soul and blues music, “You can’t fake this music. It’s how you connect to the songs and to the history behind them.” Syleena Johnson is one of those undeniable talents whose unfaltering truth shines through every note she sings. Undoubtedly one of the best singers of her generation, Johnson has collaborated with everyone from Kanye West and Common to Anthony Hamilton and R. Kelly. In recent years she has enjoyed mainstream exposure appearing on such television shows as TV One’s “R&B Divas: Atlanta” and WE TV’s “Marriage Boot Camp: Reality Stars” and as of September 18, 2017 Syleena is featured on the new TEGNA Media/ TV One daily live talk show “Sister Circle.”