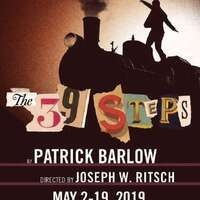 Based on the Hitchcock masterpiece, this fast-paced spoof of the classic 1935 film is a joy for anyone who loves the magic of theatre. This two-time Tony and Drama Desk Award-winning comedy is packed with nonstop adventure and a multitude of characters played by a cast of four. The brilliantly madcap story follows the dashing hero Richard Hannay as he races to solve the mystery of “The 39 Steps,” all the while trying to clear his name. A riotous blend of virtuoso performances and wildly inventive stagecraft, “The 39 Steps” amounts to an unforgettable evening of pure pleasure.