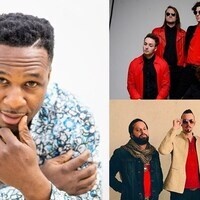 This is the final First Thursday Festival of the season, and is being filmed by Maryland Public Television for a one-hour special.

WTMD's First Thursday Festivals are a chance for you to meet with friends, discover a new band and enjoy local food, beverages and other vendors.

It's the region's biggest free festival series -- each month, WTMD presents six bands on two stages, with 50 local vendors, May through September.

The music starts at 5:30 pm, and admission is free. No outside alcohol and no coolers permitted. Absolutely no glass containers. First Thursday Festivals are rain or shine.

Thank you to the William G. Baker, Jr. Memorial Fund, creator of
The Baker Artist Portfolios