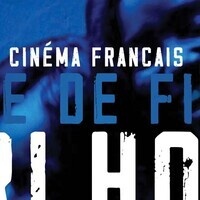 Celine Sciamma's powerful coming of age film, Girlhood (original title, Bande de filles) introduces Marieme, who is fed up with her abusive family situation, lack of school prospects, and the boys in her neighborhood. She starts a new life after meeting a group of three free-spirited girls, reinventing herself and gaining a sense of self confidence in the process.

This “stylish, assertively female-centric feature,” heralded as “a work of cinematic art” (The Guardian) won for Outstanding Foreign Film at the 2016 Black Reel Awards, with nominations for Outstanding Actress and Break Through Performance for cast members Karidja Toure and Assa Sylla. Girlhood was also nominated for Best International Independent Film at the British Independent Film Awards in 2015 and Best Film at the London Film Festival 2014.