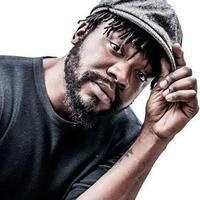 Eze Jackson is an Emcee, Journalist and activist. As the frontman of the band Soul Cannon as well as a solo artist, he has toured the US and released 6 projects independently, bringing high energy and forward thinking lyrics to almost any musical challenge. He is also the host of Lineup Room's Bmore Beat Club and a frequent collaborator with the Baltimore Boom Bap Society.

Along with collaborating with a myriad of artists who range in styles and genre, Eze has shared the stage with many International/Nationally known artists, opening for: Mos Def
Talib Kweli, Jay Electronica, M-1 of Dead Prez, Beanie Siegel, Freeway, KRS-One, The Wailers, Brass Against, Cormega, Sniff N Wessun, Redman & Method Man, The Roots and more.