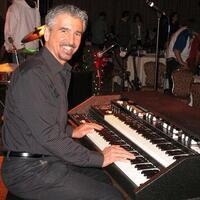 Greg Hatza’s musical instincts came to him as early and as naturally as the ability to walk. He started picking out blues and boogie woogie tunes on the piano around age four before starting formal lessons shortly thereafter.  The Hammond B-3 became his life’s obsession as a teenager, when a friend turned him on to records by Jimmy Smith, Jimmy McGriff, Ray Charles, and Johnny Hammond Smith.  His first professional gig on the instrument came when he was 16 with the Frankie Scott Trio, and he played around small towns in central Pennsylvania, his home ground.