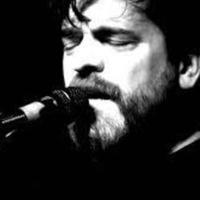 Jeff Plankenhorn at The O Museum in The Mansion

Susie's Songwriter Series is proud to present the gifted songwriter and musician from the great state of Texas, Jeff Plankenhorn to the Mansion on O ST.

Jeff Plankenhorn’s life in music has taken him from a childhood in Ohio as a boy soprano, to battling addiction, to two decades as a first-call session guitarist in Austin. Now a successful solo artist, the slide guitar virtuoso is collaborating with his musical heroes and rocking festival stages all over the country.

Commenting on “Love Is Love” (video): “The ray of love this video, and the song, will inevitably shine down on you.” —AMERICANA HIGHWAYS

"Over the course of the last two decades, Jeff Plankenhorn has worked tirelessly to earn his rep as one of the most reliably can-do, right-dude-for-the-job musicians in Austin, Texas. As an exceptionally talented acoustic, electric, slide, and lap-steel guitarist with a keen understanding of the importance of playing to and for a song rather than all over it, he’s been called on countless times to back a veritable who’s who of Texas and Americana music’s finest singers and songwriters, including Ray Wylie Hubbard, Joe Ely, Eliza Gilkyson, Ruthie Foster, and the late Jimmy LaFave.” —Lone Star Music

Parking at a nearby garage can be reserved in advnce. More info here ====> https://www.omansion.com/directions/