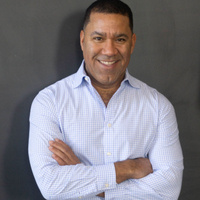 Marcus Johnson is an independent Billboard-ranked, internationally acclaimed Jazz Keyboardist. His latest release is the CD titled “BALLADS...In My Voice”, showcasing his soulful interpretations of some of his favorite ballads from different parts of his life and favorite artists who wrote and recorded them.

Marcus Johnson is the author of “FLO... For the Love Of”, published in 2016 which achieved recognition as a Best-Selling Book and Author at Amazon.com. After publishing the book, Marcus Johnson was increasingly approached by people who were drawn to the book’s life-affirming messages. Marcus began incorporating these messages in his shows and social media as an affirmation of his gratitude towards his fans and his understanding of the struggles that we all face. Through the FLO (For the Love Of...) platform, Marcus is expanding his support of the physical, mental and spiritual health of his audience.