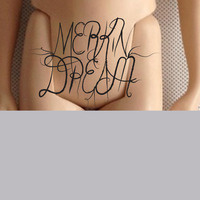 This February Maryland Art Place (MAP) will be presenting Merkin Dream, a group exhibition and invitational ushering women and men to consider the merkin, its uses, its need, and in some cases, the inevitable comedy of the merkin as an object. A merkin is a wig for the pubic area originally used by women working in prostitution.

Overall Merkin Dream aims to explore intimacy as an umbrella for both serious and light hearted uses. Topics of consideration include:

Merkin Dream opens Thursday, February 20 with a reception beginning at 6pm (free) and closes Saturday, March 28 with a ticketed Fashion Show, doors at 8pm. A portion of proceeds from merkin sales will benefit a local charity supporting women issues (TBA)