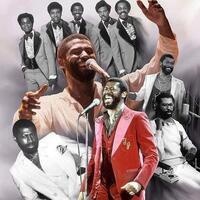 Remembering the Life and Legacy of Legendary Teddy Pendergrass.

The Amazing Soul Singer Teddy Pendergrass would have turned 70 years old on his Birthday, March 26, 2020.
The first male African-American Artist to record five consecutive platinum albums against the backdrop of 1960's America, and his comeback after a life-changing accident.

Teddy's music has captured the hearts and minds of many around the Universe!  He is truly an Unforgettable Singer  in the Music World!  Teddy Pendergrass made you FEEL what he was singing!

Don Connor will grace the Keystone Korner Stage as the Male Lead Singer that will embrace us with a great tribute to the music of Teddy Pendergrass with an Awesome Band!
Don was born and raised in New Jersey.  Singing since the age of 12, Don has also won Apollo Theater 3 times with his melodic deep, sensual tone that will take you down memory lane with soulful sounds.
He has also been featured as the opening act for Jaheem, Anthony Hamilton, Dru Hill & Lyfe Jennings.

Don is the Lead Male Vocalist for the Tribute to Music of Teddy Pendergrass that will soothe your soul with great debut songs including  "You're My Latest, My Greatest Inspiration," "If you Don't Know Me." "Close the Door" and Many More Favorite Classics.

We Miss and Love You Always Teddy Pendergrass!  Tribute to a MEGASTAR of R&B Music!