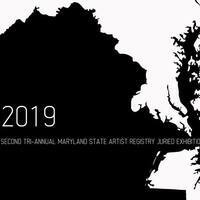 Performances will be held on Saturday, November 9th from 9pm to 11pm. **

** Performance Schedule to be announced.

Dr. Susan J. Isaacs: Susan J. Isaacs is Professor of Art History in the Department of Art + Design at Towson University where she teaches advanced courses in modern and contemporary art history and theory/museum studies and is curator for the Departmental Galleries. She holds BA, MA, and PhD degrees in Art History (University of Delaware) as well as a four-year Certificate of Fine Arts from the Pennsylvania Academy of Fine Arts. Since 1980, she has curated, organized, or juried hundreds of exhibitions at museums, university galleries, and art organizations and published numerous articles, book chapters, and catalog essays.  She is a monthly contributor to Artblog.


Jeremy Stern: Jeremy Stern is a multi-disciplinary artist and curator living and working in Maryland. He earned his Interdisciplinary MFA from the University of Nevada, Reno in 2011, and his Bachelor of Science in Studio Art in 2001 from New York University’s Steinhardt School of Culture, Education, and Human Development. As an artist, Stern exhibits his mapping-based artwork nationally. From 2013 – 2018, he served as the Exhibitions and Programs Manager for the Creative Alliance at The Patterson in Baltimore, where he was also a Resident Artist from 2011 - 2013. Stern has been an administrator and curator for commercial and non-profit art venues across the country, including the Bemis Center for Contemporary Arts in Omaha; Sandy Carson Gallery and the Carson Masuoka Gallery in Denver; The Nevada Museum of Art and the University of Nevada in Reno; and C. Grimaldis Gallery in Baltimore. He has won several awards, scholarships, and distinctions, including selection by the Maryland Art Place in 2013 for the 10th anniversary of its Curator Incubator Program.

Ada Pinkston: Ada Pinkston is a multimedia artist, educator, and performance art curator. Born in New York, her artistic research interest spans the across social science, American Studies, and socially engaged community art practices. Over the years, her work has been featured at a variety of spaces including The Smithsonian Arts and Industries Building, The Baltimore Museum of Art, The Walters Art Museum, The Peale Museum, Transmodern Performance Festival, P.S.1, The New Museum, Light City Baltimore and the streets of Berlin, Baltimore, Orlando, and New York. She is a Baker Artist award semifinalist (2016), a recipient of an Andy Warhol Foundation Grit Fund Grant in Visual Arts, administered by The Contemporary (2017), and a Robert W. Deutsch Foundation Ruby's Project Grant in Visual Arts (2017). A graduate of Wesleyan University (B.A.) and Maryland Institute College of Art (M.F.A.) she has given guest lectures at The French Embassy, NYU, UCLA and The National Gallery of Art to name a few. Her most recent collaborative project includes founding the LabBodies Performance Art Laboratory in Baltimore, Maryland.


Hoesy Corona: Hoesy Corona is an uncategorized artist working across various media while considering what it means to be a queer Latinx immigrant in a place where there are few. His performances and installations oftentimes silently confront and delight viewers with some of the most pressing issues of our time. Reoccurring themes of queerness, race/class/gender, nature, isolation, and celebration are present throughout his work. He lived in Mexico, Utah, and Wisconsin, before moving to Baltimore, MD in 2005 to establish a professional practice in the arts. He is a recent Halcyon Arts Lab Fellow in Washington, DC and a current fellow at the Tulsa Artist Fellowship in Oklahoma. He splits his time between Baltimore and Tula. Hoesy has shown compelling works and inventive sculptures fitted to the human body internationally in Greece, France, and in the USA. Exhibiting and performing at various institutional, private, public and underground venues including among others The Smithsonian Hirshhorn Museum and Sculpture Garden, Athens School of Fine Arts, The Baltimore Museum of Art, The Walters Art Museum, and Current Space. In addition to maintaining a prolific studio practice, he is the founding co-director of Labbodies, a nomadic arts organization in Baltimore since 2014. Recent honors include a Merriweather District Artist in Residence; an Andy Warhol Foundation Grit Fund Grant; a Robert W. Deutsch Foundation?s Ruby?s Project Grant; and a Maryland State Arts Council Individual Artist Award. www.hoesycorona.com


Laure Drogoul: Laure Drogoul is an interdisciplinary artist, olfactory spelunker, and cobbler of situations who lives in Baltimore, Maryland. Laure works with a wide range of media including projects in which she creates sculpture, performance, and events that invite the viewer to be an active participant. She has received Maryland State Artist Awards and a Franklin Furnace Award for performance art and has been a recipient of a US/Japan Creative Artist Fellowship. In 2006 Ms. Drogoul was honored with The Janet and Walter Sondheim Prize. Laure Drogoul founded The 14Karat Cabaret, a performance project located at Maryland Art Place and is a co-organizer and curator of the Transmodern Performance Festival, which is a festival of provocative works by cultural experimenters from Baltimore and beyond.

About Maryland Art Place:
Maryland Art Place (MAP) inspires, supports, and encourages artistic expression through innovative programming, exhibitions, and educational opportunities while recognizing the powerful impact art can have on our community. MAP creates a dynamic environment for artists of our time to engage the public by nurturing and promoting new ideas. MAP has served as a critical resource for contemporary art in the Mid-Atlantic since 1981.