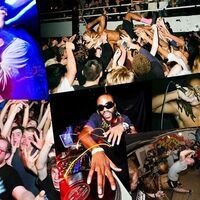 In the last two decades, Baltimore's music scene has risen from near obscurity to become one of the best in the country.

But due to the fleeting nature of music and art in the digital world, Baltimore's contributions to the local and national music scene haven’t been documented in one place, and some of these artists and their music are in danger of being forgotten.

That's why WTMD and Maryland Art Place are partnering to present "SEEN: 20 Years of Baltimore Music Photography," a retrospective of Baltimore music through photos and other digital works curated by Joseph M. Giordano and Josh Sisk.

This new exhibit spotlights all genres and generations of Baltimore's music scene. It aims to tell the story of Baltimore’s ever-growing music scene and its many talented bands and musicians, many of which started at small clubs around Baltimore only to land on national and international platforms.