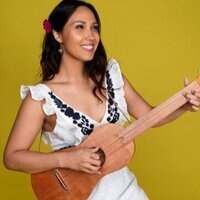 If you’re stuck at home with the kids and looking to entertain them with something other than “Frozen 2” for the 12th time, we’ve got you covered.

Saturday Morning Tunes Livestream Concerts bring stars of the kids music scene to your smartphone, laptop and TV Saturdays at 9 a.m. on the WTMD Facebook Page. They’re free, and sure to get your little ones dancing.

Bilingual kindie star Sonia De Los Santos was nominated in 2019 for a Latin Grammy® with her second family music album titled ¡Alegría! and has been hailed by Billboard as "one of the Latin Children’s music artists you should know" and "Best Latin Children's Music."

She has made numerous appearances as a singer and guitarist on TV shows like ABC’s "Good Morning America," CBS’s "The Early Show," and Sprout’s "The Sunny Side up Show," and has performed with her band in renowned venues and festivals such as Lincoln Center, Carnegie Hall, Lollapalooza, Austin City Limits, The Getty Museum, Smithsonian Folklife Festival, and many more.