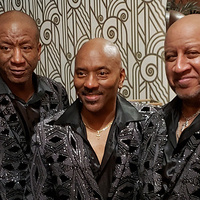 Forever Yours is a newly formed O’Jay’s tribute group. Comprised of for talented musicians and vocalists who have a combined entertainment history spanning over thirty years. The members are Tyrone Toomer, Tony Petty (both formally of the local vocal group Lethal Weapon), Kevin “Pierre” Bell, and Victor Colvin. Individually and combined they have performed to sold-out audiences on both national and international venues from Germany to Blues Alley in Washington, D.C., and have graced the stage with the likes of world renown artists such as Cuba Gooding and the Main Ingredient, Four Tops Revue, Howard Hewett, Jean Carne, Toney Fontaine, and many others. Their music will take you back to a time where the Philly Soul sound was at the top of the R&B music charts and the O’Jays kept those hits coming. Forever Yours will keep their music alive.